Camp ARK is a series of arts summer camps that are offered during the end of June and throughout the month of July each year. ARK stands for "Arts Reaching Kids". The two "Beginner Camps" are for children 5-12 and are each one week long. Beginner Camps include art, dance, drama, and music classes. At the end of the week, campers put on a small performance for their parents to showcase what they learned during the week.

The two-week "Advanced Camp" is for children ages 8-16 who have some sort of previous theater experience. The format of Advanced Camp is similar to the Beginner Camps, except that campers prepare an entire musical production, which they perform for two weekends in early August at the Cannon Centre. These performances are put on free to the public, with many of the sets, props, and costumes pieces that the campers had a hand in making for themselves. 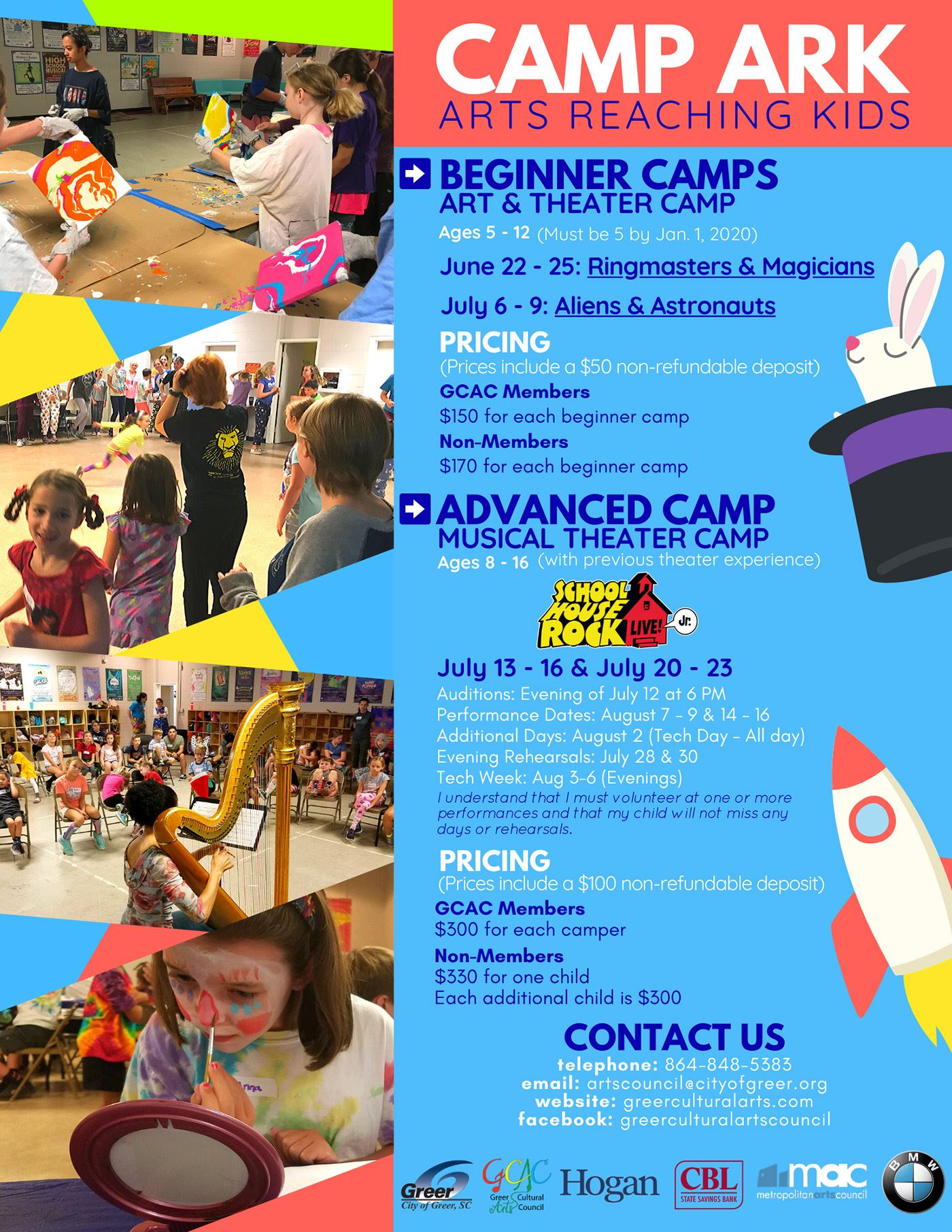