Eric Pressley was promoted to the rank of captain and second in command to Chief Matt Hamby on April 1, 2017. Capt. Pressley previously served as the lieutenant over the Criminal Investigation Division.

“Capt. Pressley has fully applied himself in every assignment he has had throughout his career. He is passionate about promoting our mission of solving community crime problems by working with our residents and businesses. He is a true professional and takes pride in everything he does,” Chief Matt Hamby said. “He has the experience, education, and training necessary to serve in his new role. I have no doubt that he will be very successful in his new position as second in command of the Greer Police Department."

Pressley joined the Greer Police Department in 1994 and was promoted to sergeant four years later. He was promoted to lieutenant in 2002. A 2016 graduate of the FBI National Academy, he holds a master’s degree in criminal justice from Anderson University.

“This department has progressed so much over the years and I want to be a part of helping our department continue to move forward,” he added. “It is a very exciting time to be a police officer for the City of Greer. We have a great department and enjoy such great support from the City leaders and the community. I can’t think of a better place to be.” 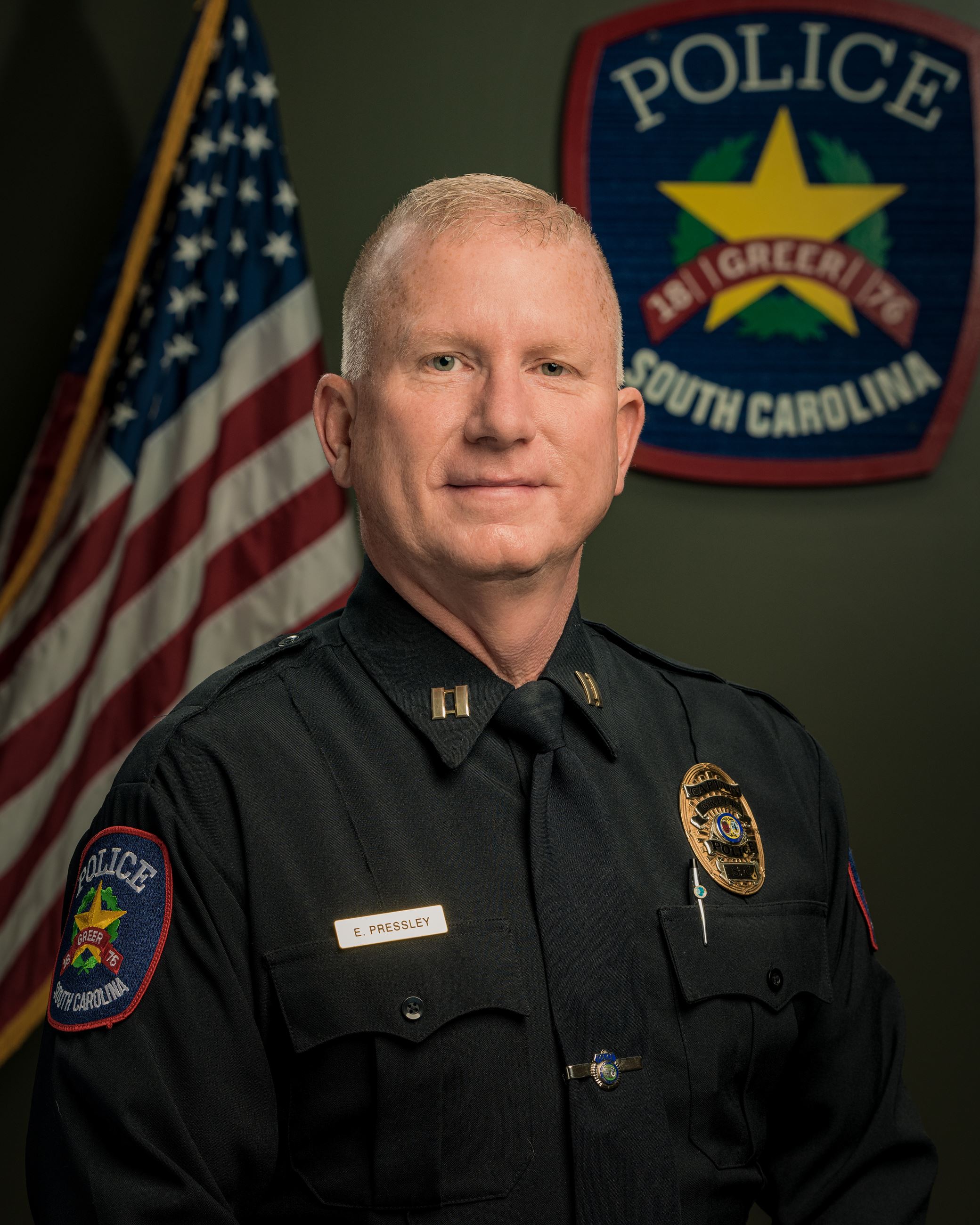