Greer is full of history. Long before there was a Greer, South Carolina, the Cherokee Indians hunted and early settlers began to farm along the abundant rivers and creeks of the area. When the Indian Boundary Line was drawn in 1761 from the blockhouse in Tryon, North Carolina, south toward Greer, the Spartanburg County side of the line was deeded to the South Carolina Province. The closest blockhouse to Greer was Thompson’s Fort, which offered safety and trading. In 1777 the Cherokees made treaties to cede the rest of the land to South Carolina. Today, Line Street commemorates this early history and serves as a county line.

The site of Greer was called the old Blakely Place, a 200-acre farm owned by James Manning Greer. The Blakely farmhouse was the first known house in the history of Greer and sat behind the Greer Drug Company in the vicinity of Victoria Street. According to tradition, Greer traded a few acres to the railroad in exchange for a wagon and a team of mules. He then sold the rest of his land to W.T. Shumate, who began selling lots when he realized the potential for a town around the train station. A lot in the planned business district sold for anywhere between $25 and $75 per acre. 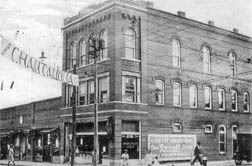 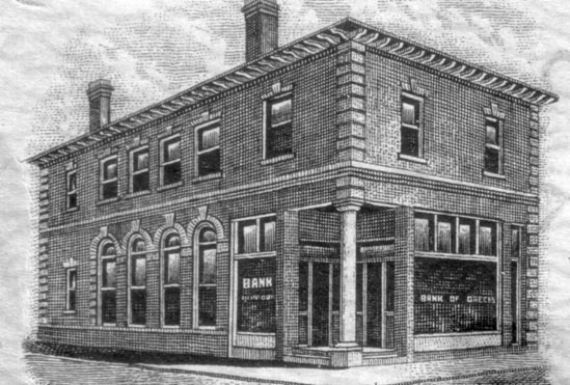 Since the first post office was in the station, the postmark read “Greer’s Depot.” On March 25, 1876, with 15 votes the town was incorporated as “Greers.” William C. Bailey was elected mayor, and the first councilmen were Dr. H.V. Westmoreland, W.A. Hill, David Cannon, and A.J. Morgan. The “s” disappeared some time in the early part of the century. Thus, Greer owed its creation to the Southern Railroad, which was finished in 1873. The first shipment was fertilizer from Greenville.

A second railroad, the Piedmont and Northern (P and N), laid tracks through Greer in 1914. With two active train lines, Greer became an attractive site of commerce. Textile mills, such as Victor, Apalache, Franklin, and Greer Mill, were important in the town’s development. Agricultural products, especially peaches, were grown and shipped out of state. When the Jones Brothers began to can peaches and tomatoes, the Greer label appeared on grocery shelves across the nation.

In the 1950s, Homelite was one of the early companies to bring a new industry to Greer. A new hospital and high school were built, and Greer began to grow. Downtown Greer thrived with people driving from Greenville and Spartanburg to shop at Miss Elise Fleming’s and Miss Alta Cunningham’s fine ladies clothing stores and Smith and James men’s shop.

Just as the railroads brought progress to Greer, the Greenville Spartanburg Airport and I-85 have been important to modern development. BMW brought more jobs for the city and an active program of annexation has doubled its size. Greer prides itself for its friendly, small-town atmosphere and its big-city expectations for growth and progress into the 21st century.

Information from "Images of America: Greer" by Joada Hiatt and published by Arcadia Publishing. Photos are courtesy of the Greer Heritage Museum.